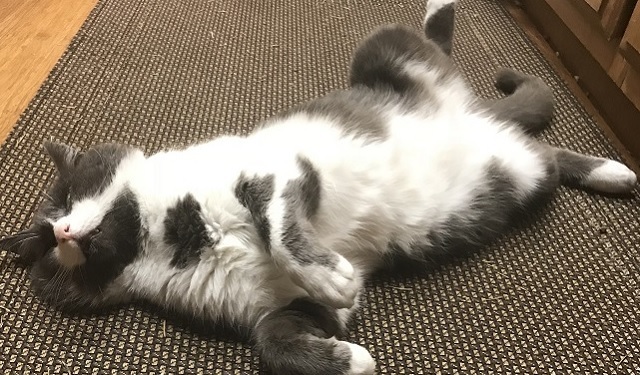 Everyone meet Mister. Mister is estimated to be between between 5 and 7 years old, even after a vet appointment there’s no guaranteed age. Mister was a stray for the majority of his life, but in the summer of 2017 he started showing up in Twitter user @taramarie_26’s front yard. He was pretty skinny so they did the good citizen thing and started feeding him. Note that this was much to the chagrin of their 3 other cats. 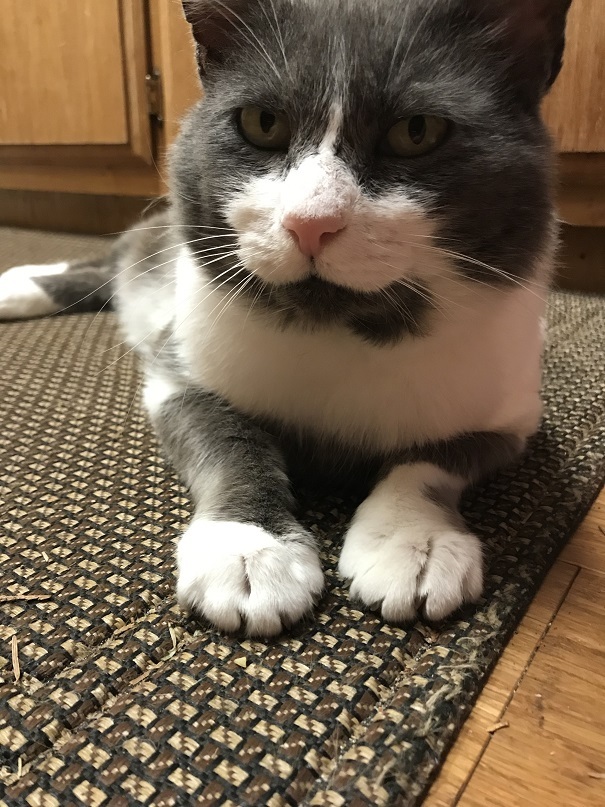 Over the course of a few months Mister started to come inside, he realized that these humans providing food weren’t so bad at all and that the house was nice and comfy! Fast forward to now, and he spends almost all of his time inside with his new family. 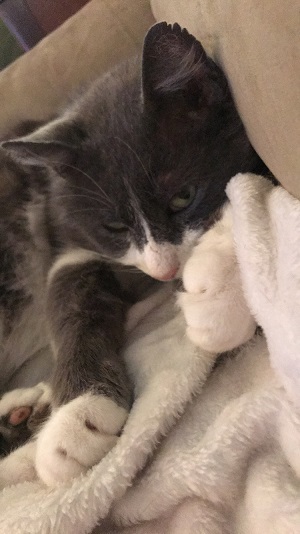 No surprise, as a stray, Mister has some issues with other cats and doesn’t particularly love the feline company. But for the most part he’s great at ignoring the resident cats and not getting in fights with them. Recently Mister even allowed his new family to take him to the vet to get him fixed and get a health report. It turns out he’s FIV positive. This is no surprise for a male stray cat as they tend to be territorial and FIV can spread through deep bite wounds.

Given this Mister’s new family keeps a close eye on him and ensures that no fights break out between him and his resident pals. Mister is almost completely deaf, but he can hear certain pitches, like the vacuum and a can of cat food opening. Reminds me of my own cat Lexi that seems oblivious to any noise you make except for the shaking the treat bag or the dry food canister! 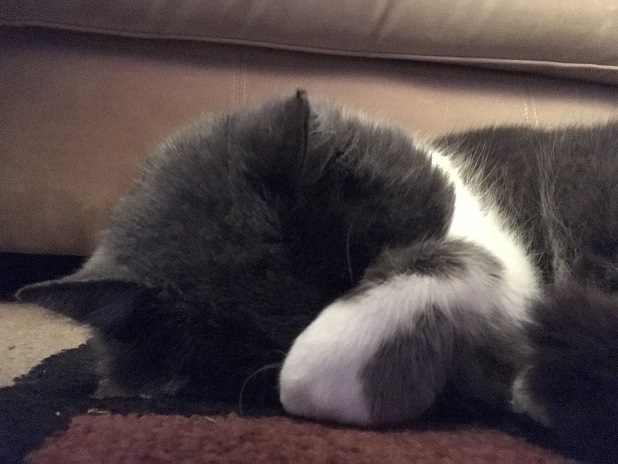 While Mister is not much of a lap cat he loves to lay next to his adoptive family. He even has a favorite blanket on the couch patterned from Disney! Mister doesn’t want to let his humans out of his sight and follows them almost everywhere around the house. If they head to the kitchen, he’s always laying next to their feet. He just loves to be around people, all the time. He particularly loves @taramarie_26’s mom. If she’s home, he follows her everywhere. 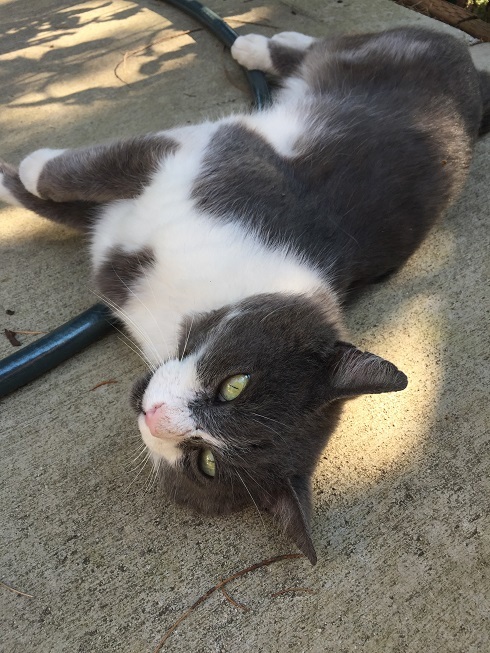