Why Does My Cat Sleep So Much? I’m Jealous. 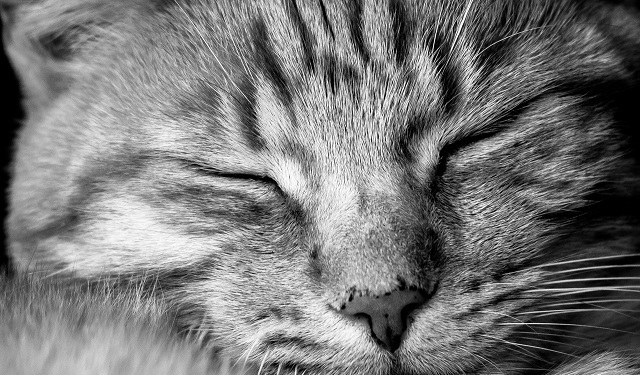 You’ve probably realized by this point that your cat sleeps a lot more than you do and you’re probably not only jealous, but you might also be wondering why. Why do they get the joy of dreaming for so many more hours a day? Why do they get to laze about and snooze in the sun while we work to provide food for them? Why do they seem to wake up so quickly when you approach them while they are sleeping?  Why why why does my cat sleep so much? There are so many questions to answer about cats and sleep! So let’s get right into how much they sleep, why they sleep so much, and then dig into the types of sleep they have as well!

How Much Does a Cat Sleep Each Day?

Cats rank among the animals that sleep the most in the entire animal kingdom. Cats sleep somewhere between 16 and 20 hours a day and very young and very old cats might even sleep more than this! When they are first born in fact they sleep almost 24 hours a day.  While the latter situation is typically based on the fact that they are just born and can’t do much else, once they grow out of this stage they still spend a very large portion of their life asleep.

Why Do They Sleep So Much

There are numerous reasons cats tend to sleep so much, especially domestic cats.  First and foremost I think it is simply because they can.  Cats in general don’t have a lot that is necessary to do throughout the day as a domestic animal so they are free to get as much time asleep in as possible.

Now that being said, why they are prone to sleep like this instead of being more active like say a family dog, is based on their history.  Wild cats are predators, and your furball hasn’t changed much genetically from the wild cats of hundreds or even thousands of years ago.  Those wild cats were lone hunters and their prey wasn’t easy to catch in most cases, despite YouTube videos showing them taking down all sorts of animals with ease.

What this means is that, historically at least, cats had to do quite a bit of chasing before they could actually get something to eat. Stalking and chasing prey requires a significant burst of energy for the final take down whether it is a single leap or a few meter sprint. If the cat didn’t have sufficient energy to capture their prey they simply went hungry.

A good modern day example of this same kind of behavior can be found in large cats like lions and tigers. Lions and tigers both hunt prey and in a similar way in the sense that they typically require a huge burst of energy for their final kill.  The evolution of cats has resulted in their sleeping patterns shifting to allow for these huge bursts of energy.

While requiring huge bursts of energy drives a significant need to sleep, the counter reason for sleeping so much is that it conserves energy. If a cat is sleeping it isn’t exerting nearly as much energy as it would be if it was wandering around or playing instead.  This means that sleeping all the time ensures not only do they not need to eat as often, but that they are also saving up the strength to catch their next meal.

Cats aren’t really programmed to sleep like humans. While there are some similarities, there are a heck of a lot of differences as well.  First and foremost it should be noted that cats aren’t generally very active during broad daylight. While you’ll generally hear that cats are nocturnal animals, this isn’t quite correct. Cats are actually crepuscular which means they are most active during the period immediately after dawn and that immediately before dusk. Many house cats will adjust to their owners schedules over time. 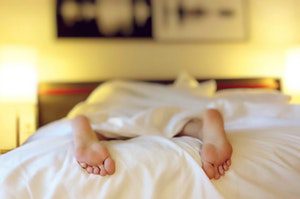 While cats do spend at least two-thirds of their lives in some form of sleep or another, they’re sleep is quite a bit different than that of humans. While cats do experience sleep like us humans in the sense that they have light sleep (Non-REM cycle) and deep sleep (REM cycle), they definitely experience it in different patterns than we humans do. Their cycles have been shown to last about 20 minutes end to end where 15 minutes of that sleep is in the light sleep phase.

These twenty minute cycles repeat over and over, but it is important to note that 75% of the time they are in the light sleep cycle. This is the reason that more often than not if you disturb your cat while she is sleeping she can spring up and be fully ‘ready to go’ without even a moments notice. During the light sleep phase it is almost as if they are sleeping with one eye open.

While this ability isn’t unique to cats by any means, many wild animals have it, it’s an ability that cats depend on to stay safe & well fed.  Although generally cats are the predator and even in the wild they don’t have an extensive number of predators, the ability to quickly identify a threat or a potential meal is a great survival mechanism. And while our “domesticated” furry friends certainly aren’t responsible for tracking down their own meals too often their genetics still haven’t changed because cats haven’t been selectively bred to focus on specific genes.

Can I Adjust My Cats Sleeping Schedule?

It is incredibly frustrating if your cat is up at the times when you want to sleep and then sleeping when you’re awake. This is most troublesome when you have a cat that loves to play in the middle of the night.  There are a couple of great ways you can go about helping your cat get onto a sleeping schedule that is more in line with your own, but the best method is based on their daily schedule.

If your cat sleeps all day they are far more likely to be busy at night when you are trying to sleep. Given this you want to tap into the schedule they’ve developed through thousands of years of evolution:

And no, I don’t mean you should let your indoor cat out into the open to go hunting. Instead what I mean is that if you go to bed at 10:00 PM, it might be a good idea to play with your cat at 8:30 or so for 15-30 minutes, feed her at 9:00, let her groom herself and then she’ll be far more likely to head off to sleep when you do.  By using their natural tendency to perform these actions in order you will not only tire your cat out, but you’ll help her fall into a more natural rhythm.

Do your best to play with your cat every day in structured sessions around this time and it will drive your cat to adapt to your schedule, research shows this. Once you’ve adjusted your cat’s schedule she’ll go and bother someone or something else to get some sleep, like this awesome video of a cat curling up right on top of an already sleeping husky! 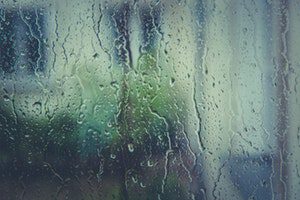 Does Anything Else Impact Their Sleep?

Just like the cats coat and shedding are impacted by the weather, their sleeping schedule can be impacted by it as well. We humans often have the same problem, ever felt particularly drowsy on a dreary or overcast day? Cats can often be impacted in a similar manner. Cats tend to sleep more when the weather calls for it. It isn’t known if this is due to emotion or perhaps due to genetics.

It is absolutely more difficult to hunt when it is raining and more difficult to hunt when it is cold so perhaps felines have simply learned that it makes more sense to keep sleeping in this kind of weather. And yes, even if your cat never goes outside this kind of change in the weather can still have an impact on their sleeping patterns, I’m looking at you Pacific Northwest!

Let’s Wrap It Up

A quick overview for you if you only want to read at a high level or if you just want a recap:

If you have any other thoughts on the cats and their sleeping habits please leave a comment below or send me an email at Craig@StuffCatsWant.com so I can update this article. Also feel free to point any questions my way through comments or email as well!