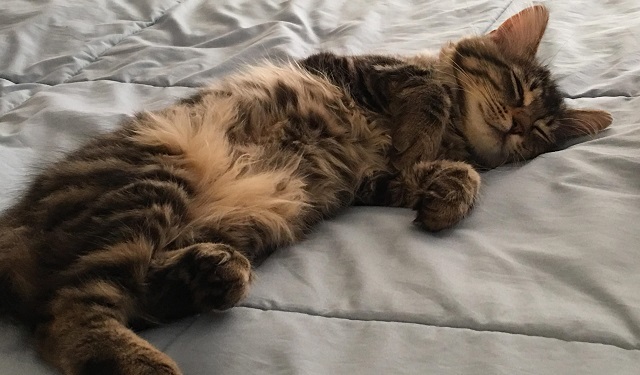 Like many of us, Scooter’s mom had been wanting a cat for a long time, but she was at university she wasn’t allowed to have one in the apartments with her. Right as she was getting close to graduation though  a friend of her’s from high school posted on Facebook. The post talked about a stray cat that frequented his place recently and it had given birth to a bunch of kittens. He uploaded pictures of all the kittens, along with the names he had given them. 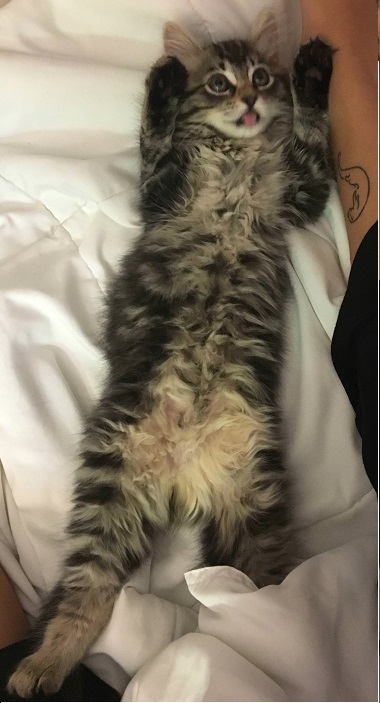 Scooter surprisingly did not get her name for her amazing Scooter riding skills, and here I had originally thought she could drive a moped. I wasn’t as disappointed as you might think though. Instead Scooter got her name because when she was scared, she would scoot backwards until she was up against a wall. Scooter is about a year and a half old now and her mom literally could not wait to take her home! Scooter’s owner drove directly from her college graduation to her friend’s house, only stopping at a Walmart on the way, to buy a cat carrier. Talk about dedication to getting that furry feline friend! 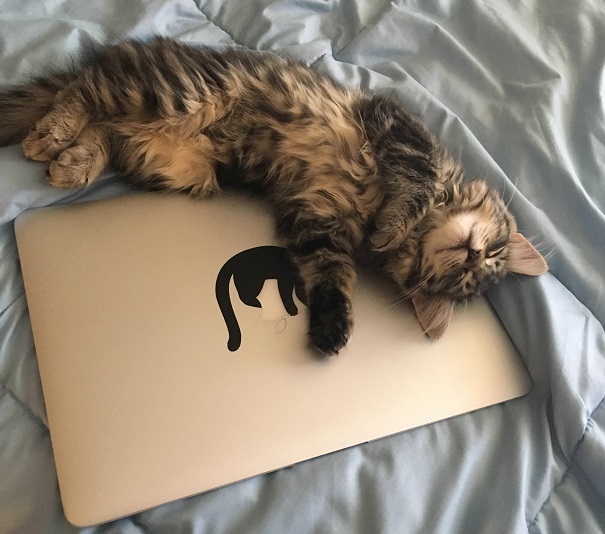 Scooter has since moved to a different state to follow her mom for grad school. She’s a dutiful little feline and she’s one of the main reasons that her mom has been able to survive graduate school! As you can see, she helps with work on the laptop too! They play fetch together (cats love play time) with bottle caps (there is a nice collection building up under the couch) and she curls up against her leg for a post-breakfast nap every morning. 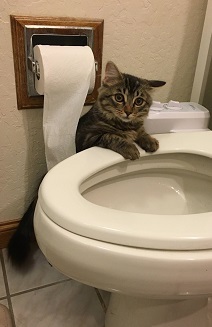 Scooter is also known to sit between the shower curtains when her mom showers so she can hop into the residual water as soon as she steps out.  If I had my guess, she probably laps some up too just like my cat Beast, cats are a bit silly when it comes to drinking enough water! 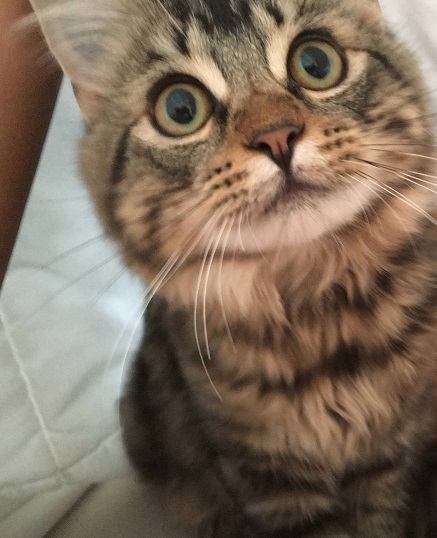 Scooter is also incredibly talkative, and regularly yells to get picked up when she’s feeling particularly needy. She also follows her mom around everywhere and if she leave’s a room, she’s right behind her. If she falls asleep on the couch, she’ll find that when she wakes up Scooter is right there on her lap! 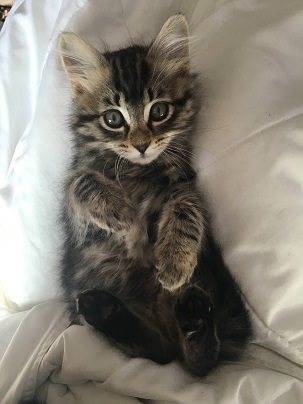 Of course, like any other cat, Scooter can be kind of an jerk. But her mom “love’s the crap out of this little fluffball” like most of us cat owners. Scooter obviously returns the feelings, either that or she’s really really good at hiding the fact that she’s only using her for food and scratches. I wouldn’t put it past Scooter knowing my cats…