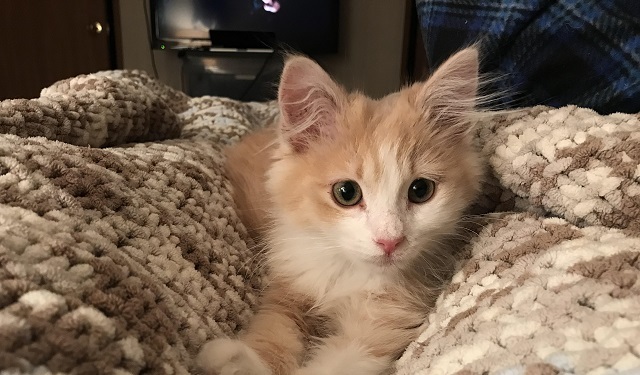 Everyone meet the adorable little Olive! Olive comes to us submitted by Reddit user Factoa. While the kitten’s name is Olive she certainly gets called all sorts of other nicknames as well! Who could resist making up fun nicknames for an adorable little fluff ball like her? 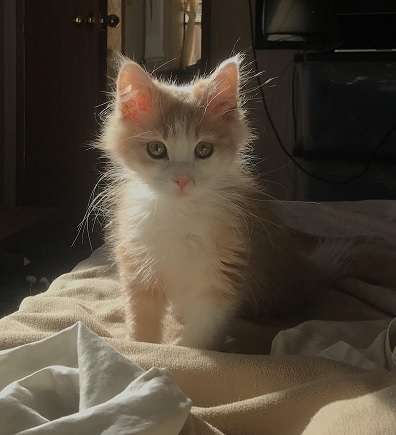 She loves playing with feathers, sneaking off into the bathroom to remove the drain cover from the shower, and playing little partner in crime to her ‘brother’ Charlie. For being so small, she sure makes a ton of noise romping down the hallway! 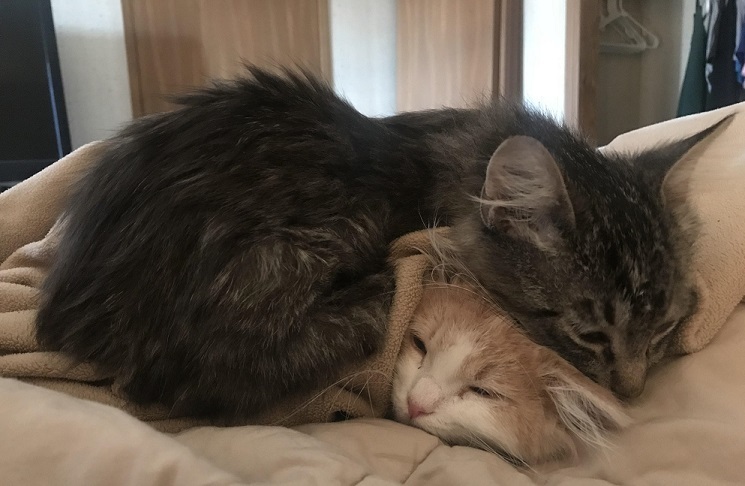 Olive and Charlie were adopted around a month ago. Olive is just around two months old, and Charlie around three. In addition to being the perfect playmates and caregivers to each other, having Charlie around helped domesticate Olive and ease her into life with humans. 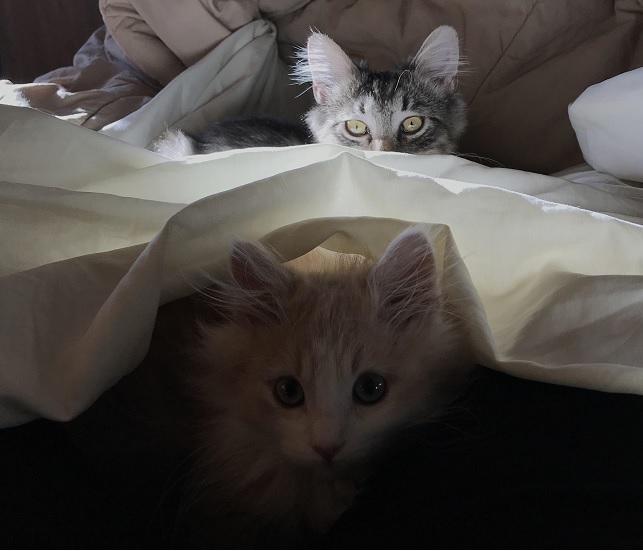 When Olive was adopted her humans were told she was feral and they brought her out saying she had been hiding for days. It only took one look at her tiny, precious face and Factoa knew she wanted to help her. She also admits that after seeing such a precious face it was difficult to imagine how feral she could be! She looked like the epitome of a cuddly adorable kitten. 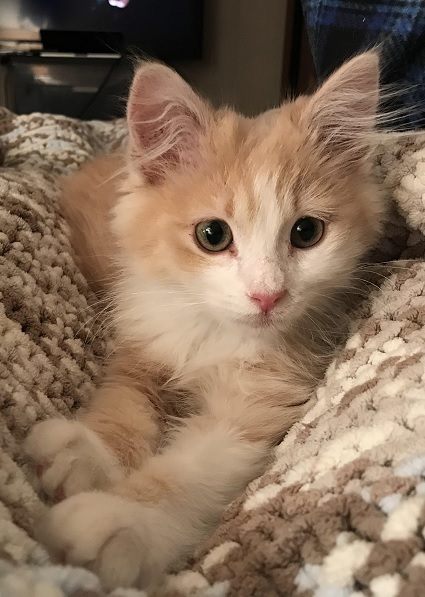 Sure enough, the first night Olive was home her family discovered how difficult she would be. Being so malnourished, you could feel every vertebrae of her tiny spine and she could easily fit through the small gap under the doors  in the house. She spent the first night hiding under a couch. 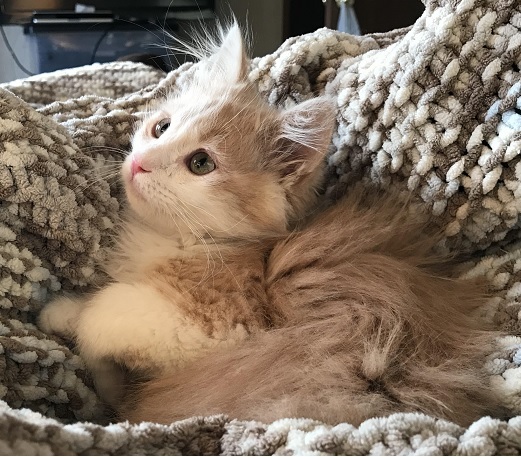 It took a couple weeks before you could even make eye contact with her from across the room without her running to hide. But persistence pays off and  her family has been finding the balance between giving her space, and showing her love and attention so she knows she is safe. Charlie has also been a big help! He has been affectionate from the beginning.

Olive would hear him greet us when we got home, or watch the family cuddle in bed together with him. Slowly she started trusting everyone and finally let people get their hands close to her without her hissing. A month later, she has come so far! Everyone likes to joke that she’s a real cat now, or she is “catting so well”. 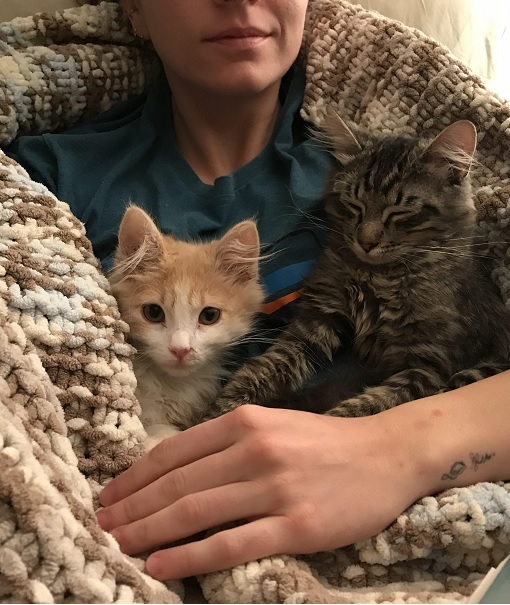 Olive will come get in bed with occasionally and take a nap where it warm and comfy. But she yet won’t lay on people like Charlie does. On the bright side she doesn’t fight when we pick her up to transfer her and she starts purring instantly! They had to wait weeks to hear her little purr! Now she is a little purr machine! 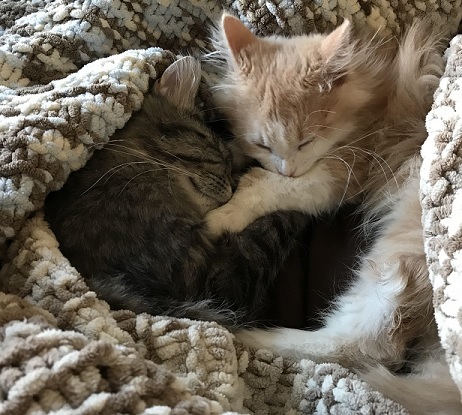 Olive’s family spends a lot of time outdoors doing various activities and it always seemed like Charlie would be the adventure cat, coming out camping and such. But now that Olive is coming around and becoming so outgoing they are hoping both cats can run western Colorado’s high desert together.

As a reminder to readers be sure if your cat goes outside you get them microchipped and try to get them to wear a safe breakaway collar.