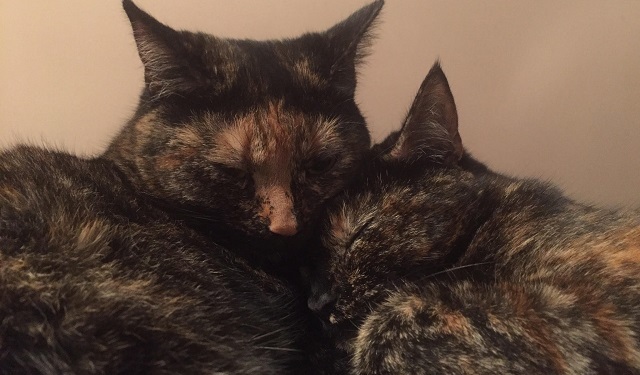 This week’s Cats Of The Week are Luna and Lyra, they come submitted to us by Reddit user LyrunaCats and we thank him for the submission!

Luna and Lyra are from the same litter, but LyrunaCats didn’t get them at the same time.  He had Luna first from a family friend when she was 8 weeks old (at the time we thought that she was the last in the litter to be adopted).   He had the week off work when he picked her up so that week was mostly spent playing with her and making her feel at home.

When he returned to work he started to feel guilty that she was alone in the house for a few hours and started to think about getting another one to keep her company. (Good call!!! Cats do much better when adopted in pairs, especially as kittens!)

While browsing Facebook he came across a post that his family friend had put on saying she had one cat left. With the photo included he knew instantly that we would have to take her.  The next day he picked her up and named her Lyra, and the two sisters were reunited. 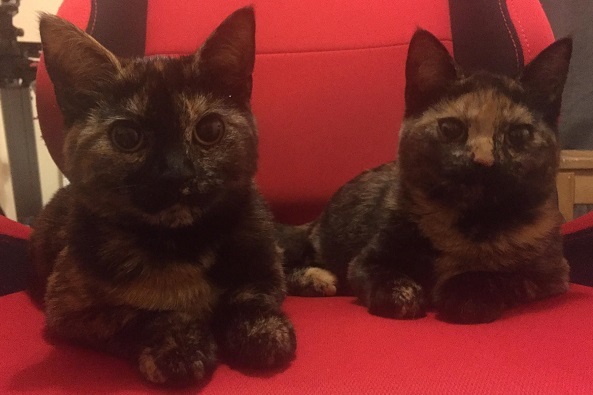 At first things were a little hard, it seemed they had forgotten they were sisters in the time they were separated so they would fight rough with lots of hissing and growling.  As a result of this they had to keep them separated for the first few days and only bring them together under supervision.  Thankfully it didn’t take long before they became the best of friends and like sisters again.  When he walked into our spare room and found them cuddled together sleeping in bed it was a very happy time for their human friends (see the picture?!?!)! 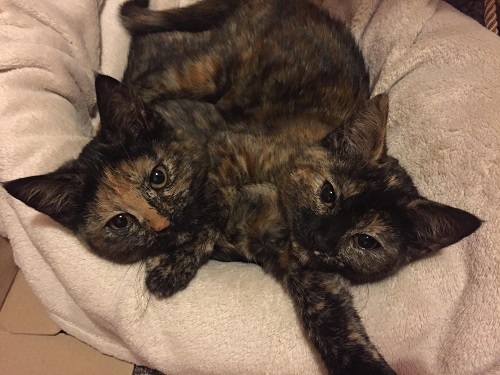 They will be two years old in September and are still inseparable. They still like to have play fights and are always chasing each other about the house.  They love chasing the laser pointer or trying to catch any bugs that get in.  Our home has cat toys everywhere (it can be hard to walk around at night without stepping on any!) and a few cat tunnels and a large cat climbing frame which they love climbing on and sleeping in the little pods on it. 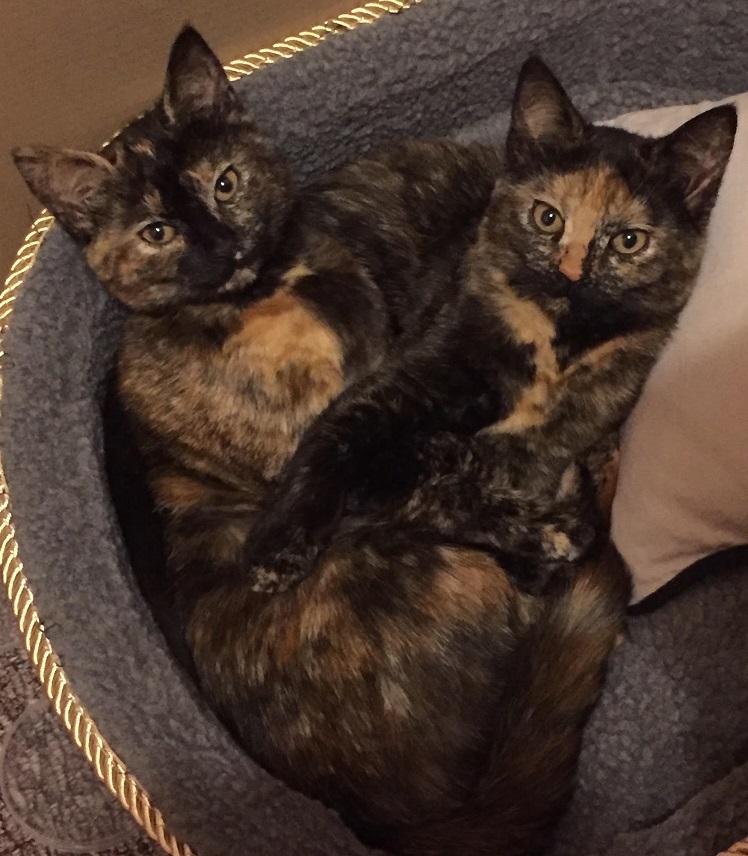 Both of them are indoor cats but they recently had a ‘catio’ built with a run connecting it to a shed (that was built to hold birds by the previous owner, but they figured they could use it for the cats rather than demolish it) so Luna and Lyra can get some fresh air while remaining safe. 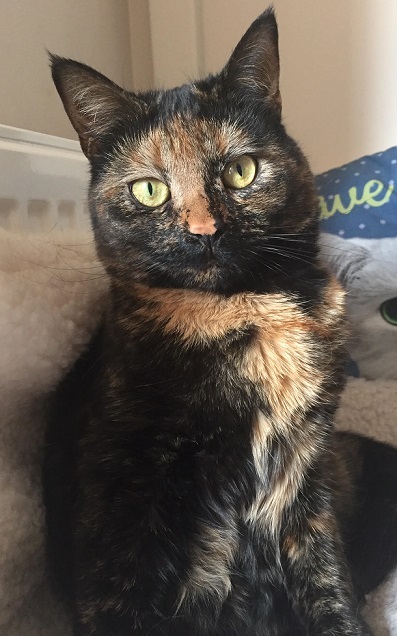 Although they are very similar in appearance (their faces are the easiest way to tell who’s who, Luna has the lighter nose, Lyra has the Black nose), they have very different personalities.  Luna is the more cautious of the pair, when someone new visits she will often hide from them and take her own time to come out and meet them (although she has been getting more comfortable around strangers lately).

She loves sitting on the highest point of the climbing frame so she can keep an eye on everything that’s going on.  Luna is always keeping herself clean by grooming herself and because of this her fur is very, very soft (One way to tell who’s who in the dark!). Another difference is that Luna has a loud purr and you can often hear her purring before you can see her.  Despite all the toys they have for her, she loves chasing paper balls or trying to catch some string. 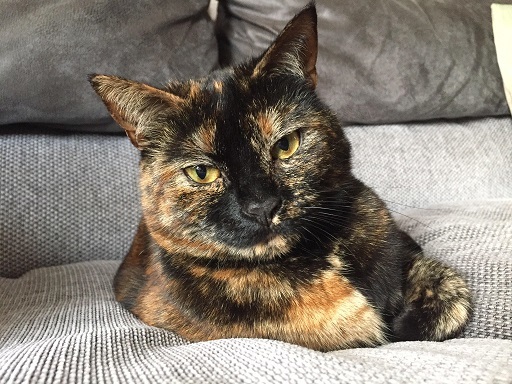 Lyra on the other hand is very curious, she will often hang around visitors giving them a good sniff and getting some pets from them.  She loves getting into places where she shouldn’t be such as cupboards and drawers.  Lyra is a huge fan of treats, usually all you have to do is pick the bag up and she will hear it from almost anywhere in the house and come running.

Lyra’s favorite toy has to be the laser pointer, she knows the sound of the click of the button will begin looking for the laser straight away. Lyra also loves this little mouse we have that you can fill with catnip, we don’t give it to her that often but she goes nuts when it’s out (Luna doesn’t seem to be affected by catnip as much).

LyrunaCats says getting both cats was one of the best things he has ever done.  Both of them are very quiet and rarely meow for anything and they love to sleep in bed with their humans (lying in bed with two cats purring is so relaxing!).  They also seem to know when their humans are sick and will spend the day lying next to them to make sure they are ok!

LyrunaCats admits that before they had the cats he wasn’t really into them that much (his wife has been crazy for cats for a good few years), but since getting them he have become a crazy cat man! I can totally relate to that!

We thank LyrunaCats for submitting Lyra and Luna! To submit your cat for Cat of the Week please send at least 5 photos and a description of at least 400 words to Craig@StuffCatsWant.com.