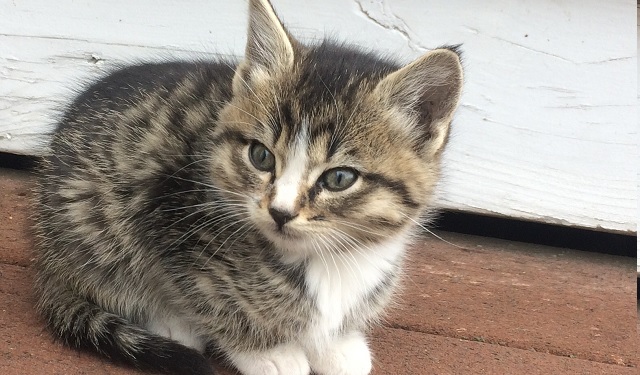 This week’s Cats Of The Week is Binx, he come submitted to us by his human Mikaela and we thank her for the submission! 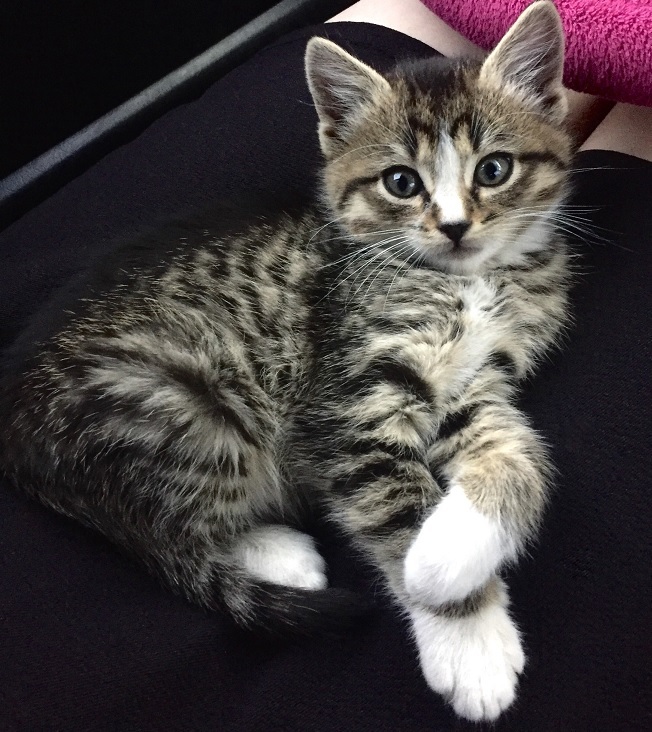 One day, while she was attending her first year of college and living in the dorm rooms, she found out that she was allowed to keep a pet cat in her room if it was a registered emotional support animal. Being a student with mental health issues she thought getting a cat would be perfect (and I happen to agree!!). 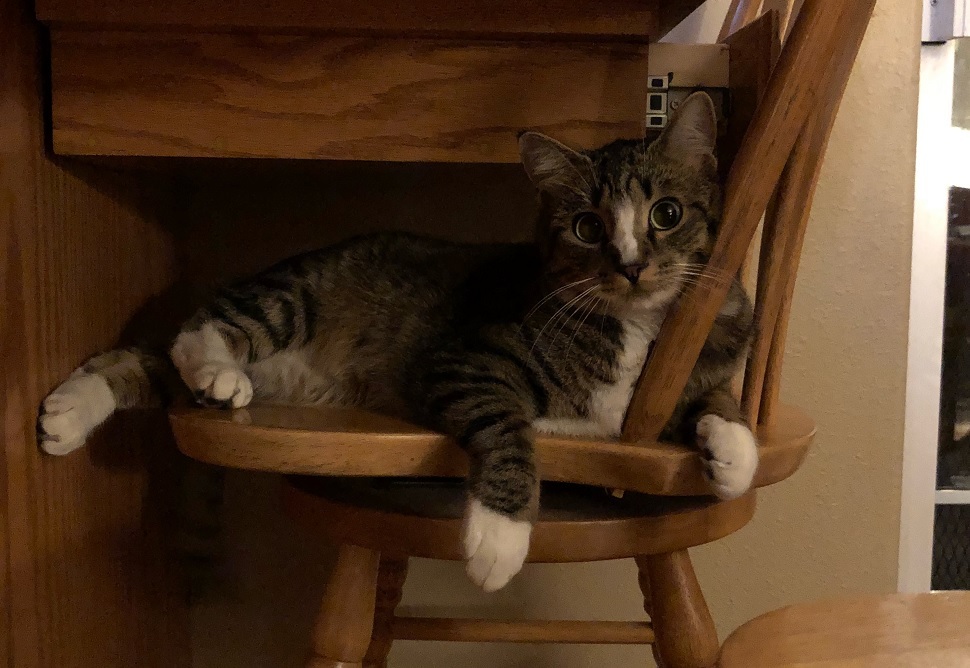 So she looked on Craigslist to see if anyone was selling any kitties. The first lady she found had Binx and Binx’s sister, who looked just like him except without any white at all. She instantly fell in love with Binx, his markings, everything! At the time she was living in Missoula, Montana (her hometown) and Binx was born just outside of Missoula in Frenchtown, Montana. Mikaela picked him up that night and we’ve been best friends ever since. 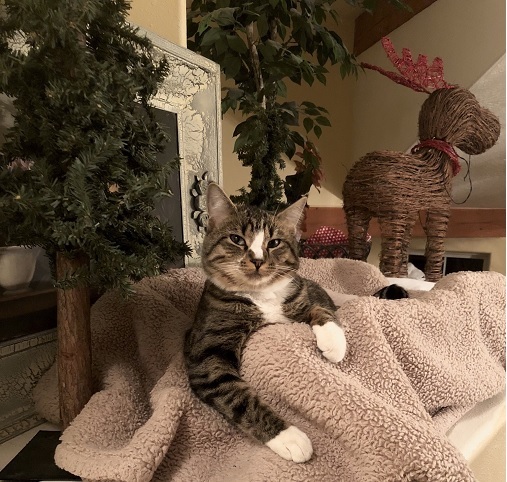 Mikaela picked Binx up on October 13th, 2016. She was told he was born roughly 8 weeks before that date, so she picked a date for his birthday (August 11th) because it was unknown. Unfortunately, Binx’s mother had all of her kittens under the porch and died shortly after.
The mother was the family’s cat and they were heartbroken, but they were glad to have found the kittens! Mikaela named Binx after Binx from the movie Hocus Pocus. Yes die hards, she’s well aware he doesn’t look the same as the cat in the movie, but the name just fit him so well! 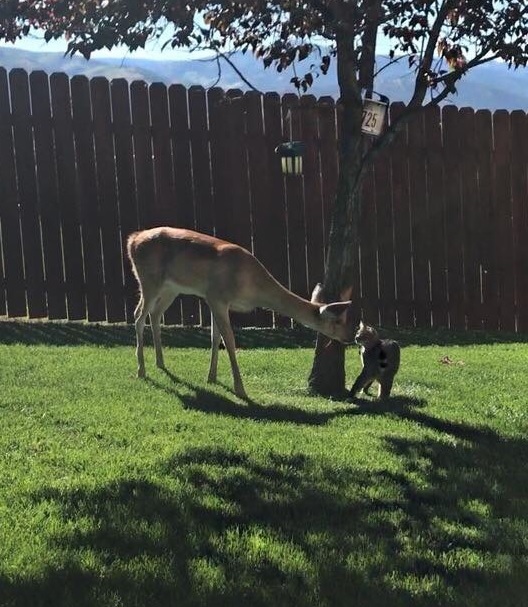 And Binx is a little bit of a celebrity, he’s been on the news! In Missoula, there are a lot of deer that roam about the neighborhoods and Binx seemed to have taken a liking to them. She took a pic of him making friends with a deer (look in photos), sent it to the news station, and they loved it and featured it that night on the news! Pretty cool! 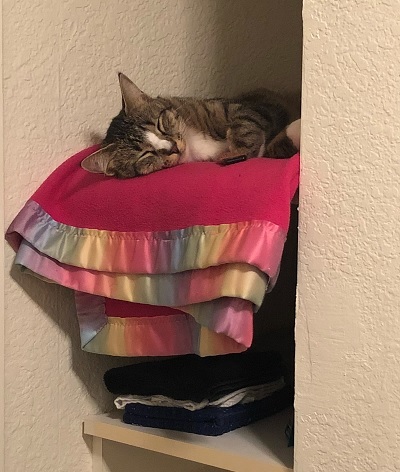 Binx has a favorite cubby spot in their new apartment. It’s his favorite napping spot! It’s the top cubby hole next to the bathroom… he’s jumped up by himself once or twice, but prefers to be lifted (we humans are slaves to them aren’t we?). When he wants to get in his cubby, he’ll sit on the floor and look up at it and cry until someone lifts him up there. 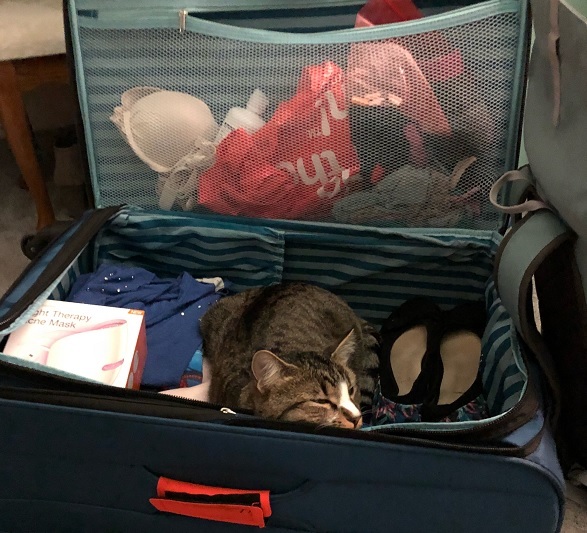 As you can see below, Binx also loves snoozing in random beds like most cats, this one was made of a suit case! 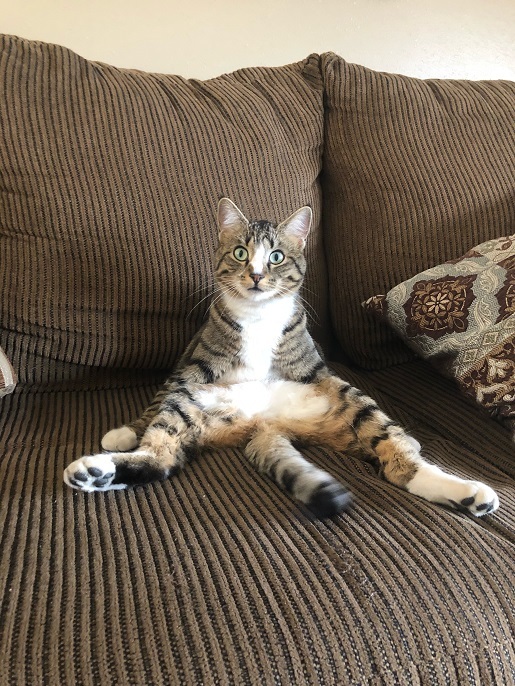 After he’s up, he’ll look at you patiently, expecting treats. Once he’s had his treats, he will usually take a nap! He’s pretty smart though, sometimes when he just wants treats, he’ll ask to get in his cubby, eat his treats and then get down immediately. 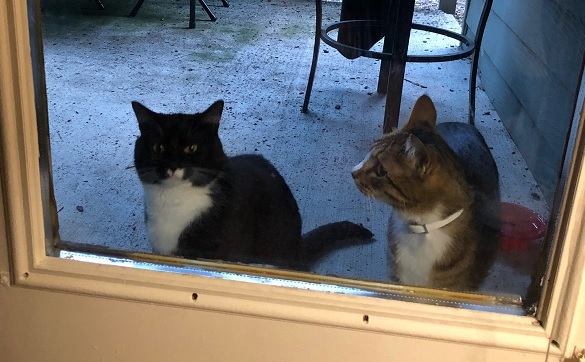 One last cute thing to tell everyone about Binx is that when he and his human moved over to Oregon, in March 2018, the neighbor’s cat started showing up at the door, waiting for Binx! They soon found out from our neighbor that this cat was a girl, named “Beast Boy”, (Mikaela assumes the kids named her!) You can see the two above and you can see Binx looking quite dapper with his white collar on! 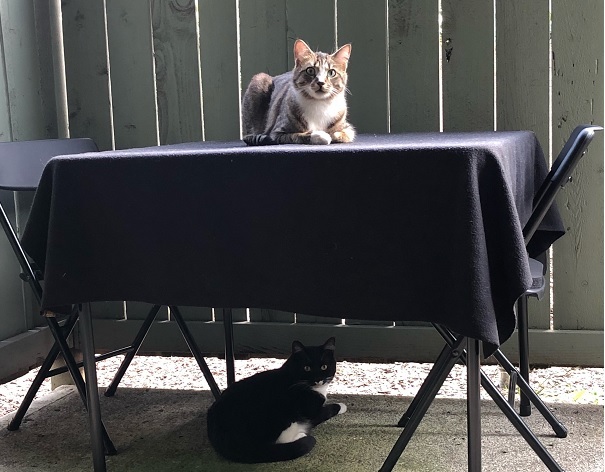 They’ve since got a screen with magnets for the door since there was no screen door, and Beast Boy always comes into the apartment and just likes to hang out with Binx and Mikaela! She thinks Beast Boy is Binx’s girlfriend and they love each other!

We thank Mikaela for submitting Binx!! To submit your cat for Cat of the Week please send at least 5 photos (feel free to send more!) and a description of at least 400 words to Craig@StuffCatsWant.com.