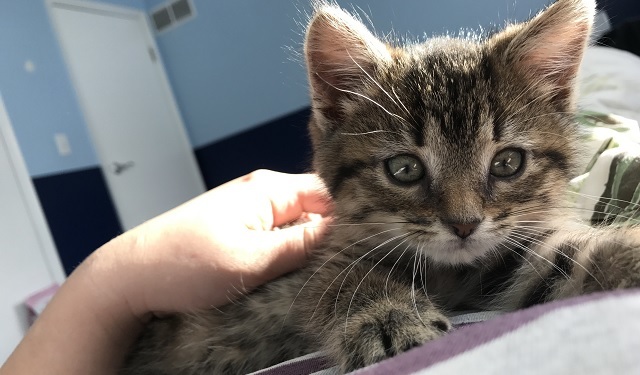 Happy New Year Everyone! It is time to meet Nugget, an adorable little fur ball with quite the rescue story, it involves kitchen utensils so please do read on!

The day before Thanksgiving reddit user CatStoleMyPancake’s manager at work told her about a kitten some of the staff had seen outside of the building. After her shift she decided to go on a kitten search, luckily finding her huddled up inside of a metal steam vent.  Nugget was cold and scared, her mom was nowhere to be found, and she was attempting to scare her rescuer away with constant hissing.

At this point it was about 11:00pm, and everyone had gone home from work aside from the night manager. Nugget had climbed up inside a very tough to reach spot, so CatStoleMyPancake ran inside to the kitchen to grab a spatula to attempt to scoop her out.  After fighting Nugget for about 45 minutes in the cold and snow, CatStoleMyPancake got one good push and little Nugget dumped out of her hiding spot into waiting hands. 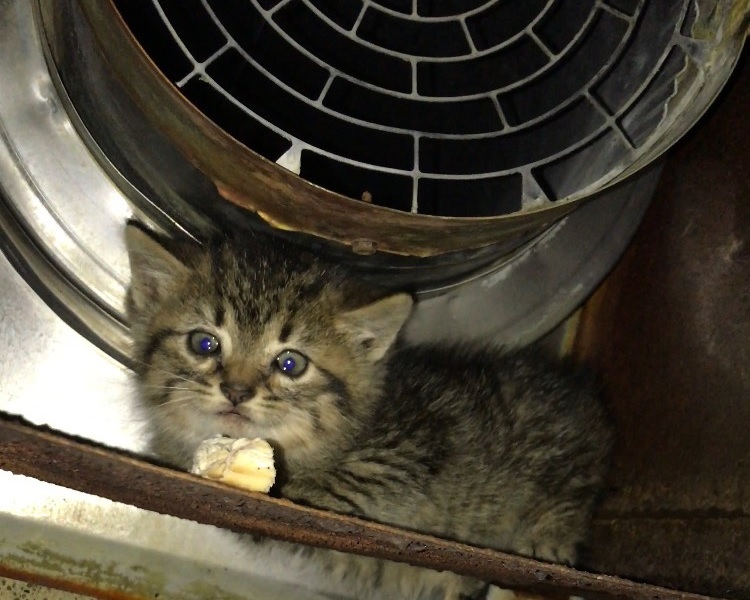 CatStoleMyPancake quickly swaddled the kitten up into a towel (that was also borrowed from work) so the kitten couldn’t run away. She was so exhausted from fighting for so long that she didn’t put up a fight, and rather simply passed right out for the whole car ride home. Once Nugget got inside she zonked out on the heating pad all night while CatStoleMyPancake watched her all night to make sure she was doing alright.  On that note, that’s how the name Nugget came to be- it only felt right to name her after a food since she was retrieved her with a spatula.

Nugget was willing to drink some formula for the time being and then got her first to the vet the day after the holiday. At the vet they found out that Nugget was a girl, about 4 weeks old, and she weighed a whopping one pound! Luckily she had no infections, just fleas, which she begrudgingly got a flea bath for. After some encouragement she was eating her wet food regularly, and moved on to dry food without a hitch. 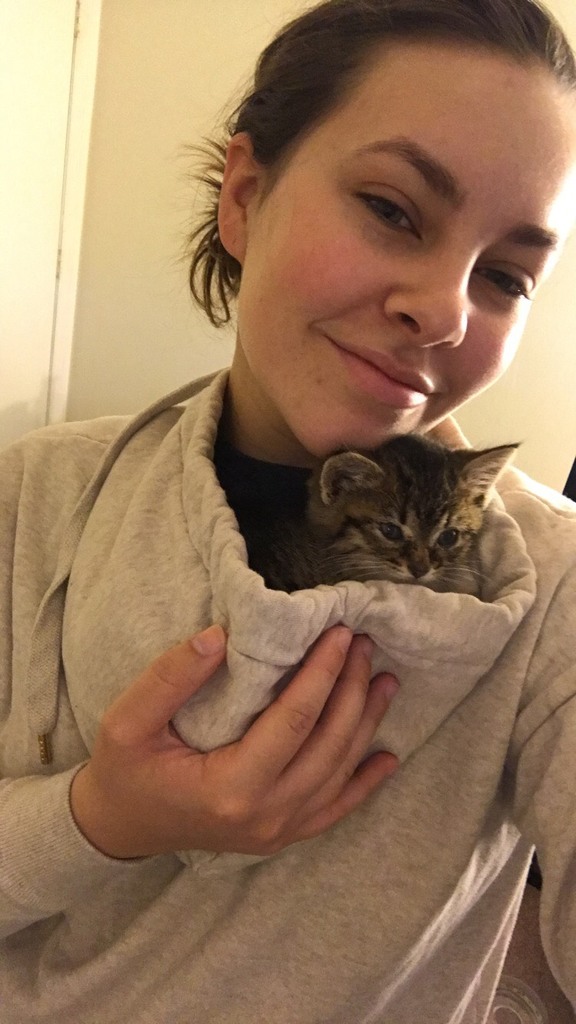 A couple of weeks later Nugget did have to go back at the vet to get some treatment for pink eye (she’s all better now!) and she was already whopping two pounds, almost double her weight! Soon she’ll be big enough to get her vaccinations and be spayed! Be sure to read up on spaying your cat here. She’s on her way to becoming a happy healthy adult kitty.

Now Nugget spends her days snuggled on her heating pad while looking out the window. Maybe someday she’ll get a window bed if she’s a good girl! Some of her favorite activities include wrestling with her big brother Cooper, playing with her string toy, watching Netflix while sitting on mom’s chest, and climbing up her mom’s back and sitting on her shoulder! She’s extremely excited to have a big house to run around in, it seems likes there’s always something new to explore, and having a human to sleep on at night doesn’t hurt either. Sounds like Nugget knows how to play, but if you are looking for ways to play with your cat check this page out! 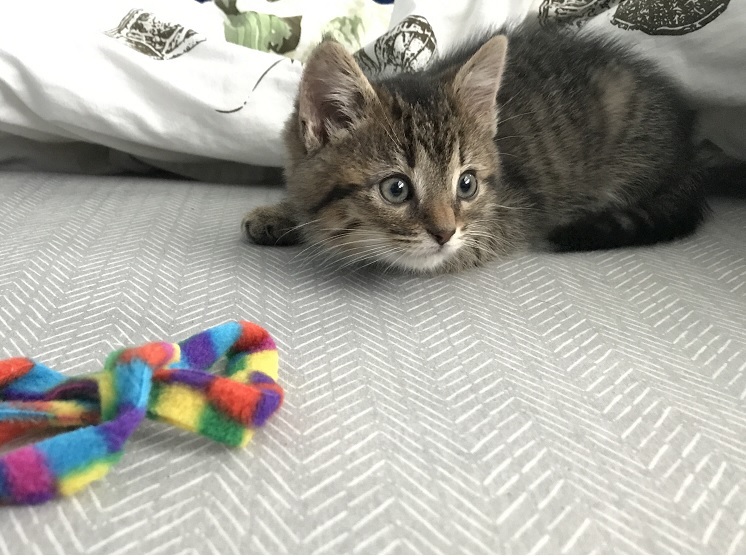 If you’d like to track down additional photos of Nugget as she grows up then keep an eye on CatStoleMyPancake’s reddit feed right here.

To submit your cat for Cat of the Week please send at least 4 photos and a description of at least 400 words to Craig@StuffCatsWant.com.
About the author