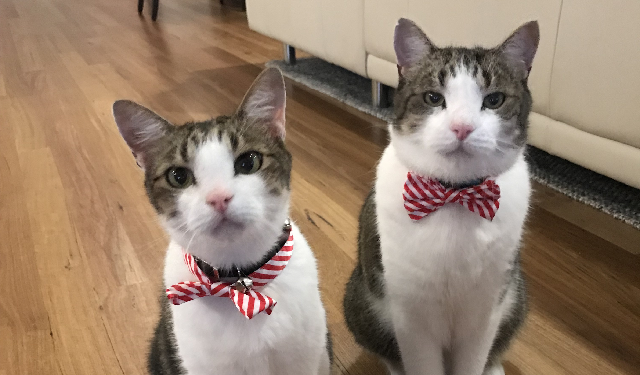 This week’s submission comes from instagram & reddit user simsim88! The featured cats of the week this week are Frodo and Smeagol. What an amazing Lord of the Rings reference for anyone who didn’t catch it! They are both 11 years old this year.

They were found as kittens left abandoned in a cardboard box at a local thrift store. When simsim88 first saw them she thought they were so super adorable and felt so horrible that someone could just leave them. She knew instantly that she had to take them home! 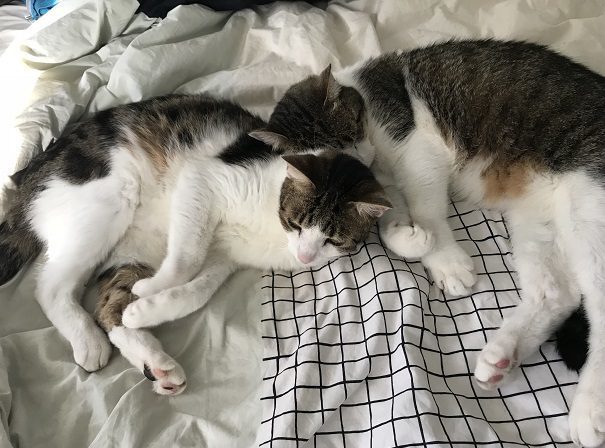 They like to sleep and eat a lot which seems to occupy most of their time. No surprise since Smeagol was basically starved living in a cave for so many years in Lord of the Rings! Totally kidding!  Smeagol is the larger of the two and also pretty lazy, he’s definitely the most popular with people but very independent and likes to lie in the grass, garden or under the car.

Frodo by comparison is smaller and much more active but also very high  maintenance, he enjoys snuggles and requires a lot more attention, particularly around 3:30AM which is his favorite time to jump on his resident human and meow in her face. Frodo is the more vocal of the pair and will always sing for his dinner. 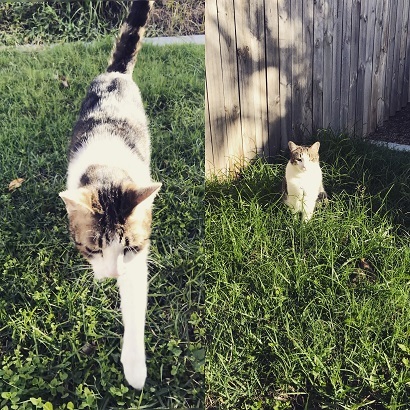 Both cats enjoy a lot of time outside where they can roam the garden and prowl the streets looking for fun but lately they’ve been kept inside at night because simsim88 doesn’t want them getting into trouble or eating the native wildlife. If you let your cat outdoors be sure to microchip them at the least, and I personally always recommend a collar of some sort!

If you need recommendations on collars check out this one from Pettsie! If your cat has a desire to get out but you live in an area that is dangerous like a downtown are then consider an astronaut backback for your kitty so he or she can see the world in safety! 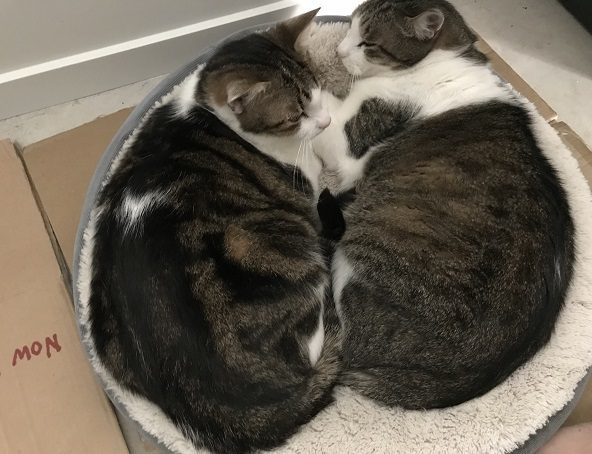 Frodo is a bit of a scaredy-cat and anytime there is a thunderstorm or the neighbors come home he will cower under the couch or blanket. Smeagy on the other hand is totally fearless and thinks he rules the hood with an iron paw!

Frodo is an escape artist. He learned how to unlock the cat flap as a kitten so it was hard to keep him inside, anytime he goes outside into the garden he will try to jump the fence and get into the yard next door to play with the Sphinx that lives there. 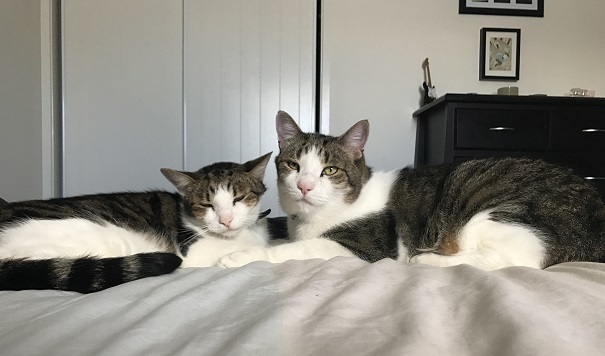 As with most cat owners, hundreds of dollars have been spent on fancy brand-name cat toys to keep them entertained…but both Frodo and Smeagol prefer the simple pleasures and are more interested in playing with simsim88’s boyfriend who teases them using a torn up strip of old carpet.

Smeagol has recently, after 4 years of trying, finally figured out how to play with his Cat-Kong and will spend hours sitting there batting it back and forth until all the treats fall out. Frodo still hasn’t worked out how to do it but will instead wait for Smeagol to knock the treats out and then swoop in to gobble them up. Very sneaky of him! 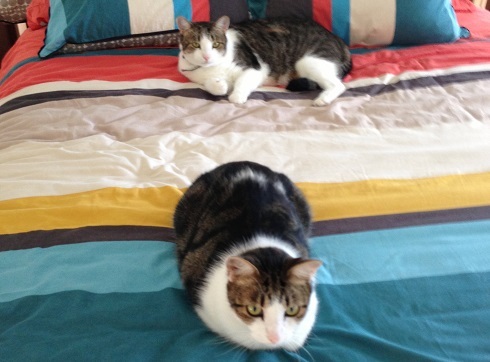 Up until about a month ago both Frodo and Smeagol were enjoying a diet of wet food, salmon being their favorite.  But it seems after his most recent vet trip that Smeagol needs to lose some weight! Given this they are now both on  a strict metabolic diet. Outside dieting they’re sure to need lots of play time!

Their favorite snack is Feline Greenies dental treats (my cats Lexi and Beast absolutely love these too!). Simsim88 loves her kitties so much that anytime she has to go away she leaves them with her parents who spoil them rotten!

Lucky fur balls! Thanks so much for sharing your cats with everyone Simsim88. To submit your cat for Cat of the Week please send at least 5 photos and a description of at least 400 words to Craig@StuffCatsWant.com.