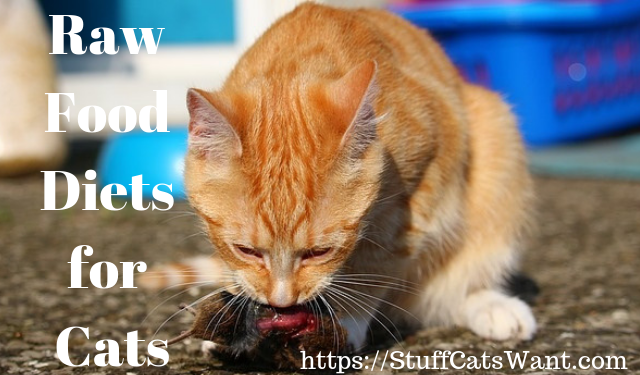 If you follow pet news it has recently become quite trendy to follow raw food diets for cats.

If you’re not familiar, this basically means feeding your cat a diet of uncooked animal muscle meat, organ meat, and in some cases even including the bones.

You’re probably wondering if it is safe to try a raw diet for your cat. Before we answer the safety let’s get a full understanding of the raw diet (or feel free to pop open the quick nav and read the answer).

What Is a Raw Diet for Cats?

To reiterate above, a raw diet means uncooked meat, muscle or organs, and bones. This type of food is sometimes called the BARF diet. No, it isn’t because it makes your cat get sick and barf all over the house.

BARF stands for "bones and raw food" or "biologically-appropriate raw food." Note you may also hear a Raw Diet or a BARF diet called a Fresh Food Diet as well. 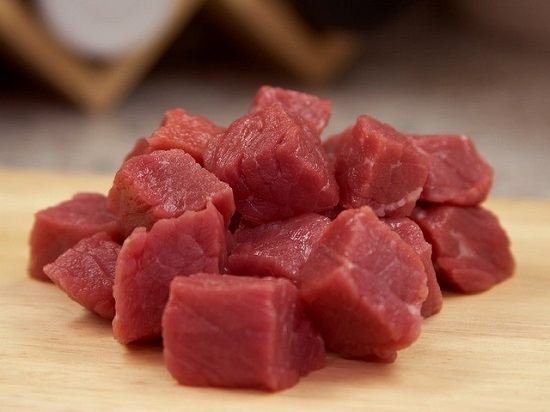 The ideal raw diet is prepared based on a carefully designed recipe. Many cat owners choose to prepare these diets themselves, but you can also buy them pre-made in freeze dried packaging.

If you choose to feed your cat a raw diet, it should be one that has been determined complete and balanced by a veterinary nutritionist.

Why Consider A Raw Food Diet?

Cats thrive on high-protein and high-moisture diets rich in substances only found in meat. Felines are obligate carnivores. Which essentially means they must eat meat to survive.

This means that wet cat food is healthier than dry food cat food, but the negative PR associated to commercially available processed food (dry foods make your cat fat, both wet and dry food can suffer from product recalls) has many people starting to pursue alternative diets for their cats.

These diets are considered both healthier for your cat and better for the planet by avoiding mass production of meat and the hazards that come with it.

I've also heard of a few individuals attempting vegan diets for their cats. If you happen to run into anyone considering feeding a cat a vegan diet please point them to a veterinarian immediately to ensure they know this will be fatal to the cat!

Additional unnecessary ingredients can include anything from grains to vegetables to other carbs. But ​most commercial foods also include preservatives that improve shelf life and taste.

Low quality ingredients can basically be the throw away pieces from meat processing for other purposes. Basically meat that isn't fit for human consumption is fed to cats instead.

One of the biggest proponents for raw food diets is Dr. Karen Becker. In this video she discusses how the pet food industry historically used low quality ingredients and how trends are moving toward raw food diets as pet owners are starting to understand more and more about pet health.

Supporters of raw food diets believe that processing or cooking meat isn’t in line with what a cat would experience in the wild and they'd like to help the cat live as close to naturally as possible.

But the owners have other things to consider as well. These cat owners want to remove the dangerous aspects of hunting (like getting lost or injured)​ while ensuring the diet ​is as close as possible to what the cat might experience if it were a wild cat. 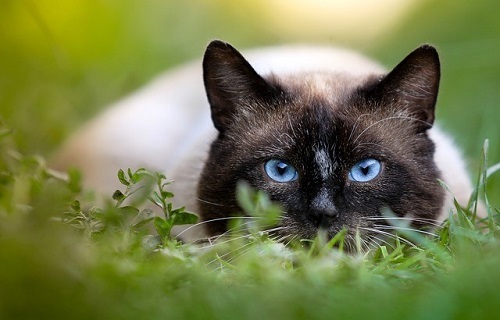 Cats, left to their own devices, hunt and eat rodents and other small mammals as well as birds, insects (some cats do an amazing job at this when bugs get in the house), and even reptiles.

Although a wide variety of both wet and dry cat food is seafood based, most wild cats do not actually hunt or eat fish or seafood. There are some rare wild cats that do this, but most don’t.

Supporters of raw food diets for cats note numerous benefits all the way from a shinier coat to losing weight through to better overall health and longevity.

Little research has been done to scientifically prove the benefits of raw food for cats, but research does indicate dry food and carbohydrate ​heavy foods cause obesity in cats which has a direct impact on overall health and lifespan.

Given this it only seems logical to consider a raw food diet. They key item that comes up time and time again with raw diets is whether or not they are actually safe for your cat.

Are Raw Food Diets Safe For Your Cat?

The biggest consideration for any pet owner is that raw diets don’t use cooked food. We humans cook food because it kills large percentages of bacteria that tend to cause food borne illnesses. The most common to impact people are Salmonella and E. coli.

The same risks exist for your cats, especially since you’re not going to catch and kill an animal yourself then feed it to your cat.

The longer meat is "out," refrigerated or not, the more likely it is to develop a risk of infecting your cat. Refrigeration only reduces the speed bacteria multiply, it doesn't stop it.

But Cats Evolved In the Wild

Cats can of course digest raw meat better than humans due to their acidic digestive tracts. They evolved specifically to catch and kill their own prey, but keep in mind they would eat it immediately after killing it.

This means that there’s still a risk of infection and the resulting sickness as the time between killing their prey to eating their prey increases.

As with humans, any cat that has something impacting their immune system should assuredly avoid a raw diet where the risk of infection is higher. FIV cats in particular should take extra care in pursuing a raw food diet due to their susceptibility to get infections.

One other major safety risk ​is bones. Bones break and splinter and can cause all sorts of injuries and obstructions within your cat’s digestive track and throat. Wild cats can and have died from bones, but we humans have solutions for this problem in a meat grinder!

So What's the Verdict, Safe Or Not?

The short of it is that raw diets can be totally safe for your cat and they can likely provide a host of health benefits for your cat.

But as a cat owner you'll need to be careful about how you prepare food and how you feed your cat a raw diet. It requires extra special care to ensure the food is made properly and has the right nutrients.

How Can I Reduce the Risk of Illness & Injury With a Raw Food Diet?

The biggest thing you need to consider when you’re dealing with a raw diet is to ensure you sanitize the entire preparation and eating area thoroughly and often.

This can be done with a 1:32 bleach:water solution which can be prepared in bulk in advance and put in a spray bottle. I recommend paper towels so you can throw them away after use.

Some of the easiest and best things you can do to minimize risks from a raw diet are:

Where Can I Find Raw Diet Recipes?

Consult with your veterinarian before you switch your cat over to a raw diet. Some vets will support this transition, but many will not due to the risks outlined above.

If you feel strongly about trying a raw diet and your vet is not flexible about raw diets then you’ll definitely want to explore finding one who is.

There are plenty of vets experienced with raw diets so they can provide professional support in transitioning to the diet and informing you of any potential issues that might arise.

What Ingredients Do I Need?

The absolute best place I've found for a raw diet recipe for cats is on Feline-Nutrition.org. It'll give you a comprehensive overview of everything you'll need and the recipes themselves. Below is a quick overview.

Ingredients used in a raw food diets typically focus on the following core items: muscle meat, organ meat and eggs. Something like PetMD can get you started with more details on ingredients, but it is important to note that this is not enough.

The short of it is that you can’t simply buy hunks of high-quality meat, grind them up, then let your cat figure the rest out.

What Supplments Do I Need?

It is essential that you find an expert to help you outline a comprehensive diet plan due to the additional supplements your cat will need.

A key example here is taurine. For years cats were suffering from a wide variety of issues due to a taurine deficiency in their diets. The simple addition of taurine from all major cat food producers reduced several issues, namely blindness and heart disease.

There are several other potential supplements or additional ingredients an expert may recommend ensuring your cat has a complete diet.

A Great Video To Help

This video also provides a great overview of how to make a large batch of raw cat food for your feline friends:

Do I Have to Make The Raw Food Myself?

The short answer is no. You can buy "raw cat food."

If you want the benefits but simply don’t have the time to make the food yourself then you can consider one of the commercial raw cat food diets.

These are healthier than traditional dry cat food and they’ll require far less time and dedication.

Be sure to follow all instructions on the packaging as the food was typically prepared raw and then freeze dried for shelf life and shipping.

Note it may run the same risks as making the food at home yourself and you may want to ensure the diet is complete and balanced according to AAFCO standards.

If the risks simply seem to high for you then you can also lean toward a high quality wet cat food. There are many options today that are completely grain free and some that are even vegetable free as well.

How Do I Transition to Raw Food?

Transitioning your cat to a raw food diet can be a time consuming process, especially if you've got a cat that is a picky eater.

This video with Dr. Becker and Tracy Dion will give an excellent overview of how to help you and your cat make the transition!

Other Things Worth Considering

Feeding your cat a raw diet has many other things worth considering before you decide to move forward: 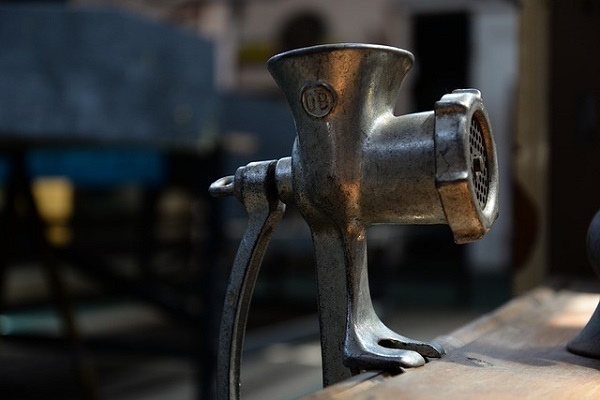 Wrap Up On Raw Food Diets For Cats

​Feeding your cat a raw diet has both benefits and risks associated. The most likely thing to determine whether you go this route is if you have enough time and dedication.

Raw diets are a large commitment from a time and from a resource perspective, but they can provide health benefits to your feline friend if you’re interested in improving their overall health.

If you've got any personal experience with a raw food diet for your cat then please leave a comment below and let us know how it has worked out!

If you find this useful spread the meows... 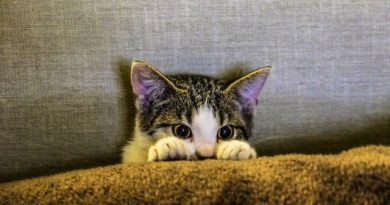 How To Stop Cats From Scratching The Carpet 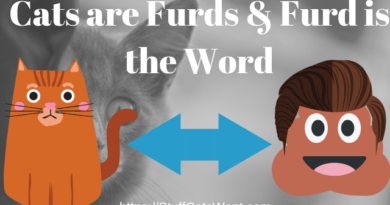 Cats are Furds and Furd is the Word 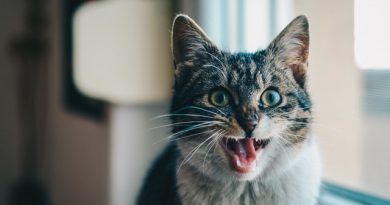 Why Does My Cat Keep Meowing? Find Out Right Meow!

12 thoughts on “Raw Food Diets For Cats (Are They Safe Or Not?)” 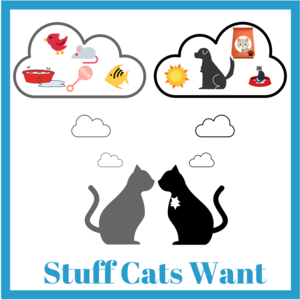